As a result of a number of factors including traditional training methods, administrative requirements, cost and rate of product and procedure development, in recent years dental schools have not been able to incorporate the latest diagnostic and therapeutic equipment and products introduced into dentistry at the same pace. In contrast, these products and equipment are being introduced into private practice as they are released. Therefore, the technology in private practice is usually more advanced than that in dental schools. The result is that dental graduates are often not aware of the latest technologies or procedures as they enter dental practice.

As a consequence, when a recent graduate is hired by an established practice, the practice must allocate time and resources for additional training of the new dentist. What is urgently needed is for dental schools to find a program that offers the ability for them to expose contemporary products, procedures and equipment and to incorporate a method to introduce these into both the basic science and clinical curriculum. This program must be cost-effective and, most important, adapted to the unique requirements of students and faculty at each specific dental school. CRET was founded in 2004 by a group of innovative dental industry leaders to provide dental students and faculty the latest in equipment and products for the treatment of patients.

To achieve this goal, CRET developed a Technology Educational Program (TEP) to transfer
knowledge and competency in 21st-century technology to dental students and faculty. The TEP provides a framework for assisting the dental faculty with the integration of innovative equipment and products into each dental school’s curriculum.

CRET aims to enhance dental student education by promoting collaboration between the members of the dental industry with administration and faculty of US schools. Moreover, CRET provides a clinical setting that will help prepare the dental students for a private practice environment. 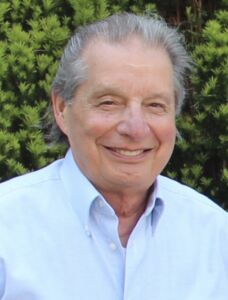 Dr. Edward F. Rossomando is the founder and President of the Center for Research and Education in Technology (CRET) since 2004.
Dr. Rossomando is Professor Emeritus in the School of Dental Medicine, University of Connecticut. He has taught and carried out research at the Dental School since 1972. He has taught molecular, cellular and developmental biology to undergraduate dental and medical students, dental residents and graduate students. He has also taught these subjects in continuing education courses. In 2005 he was awarded the dental school Alumni Award of Merit. After this Alumni Award, in 2022 Dr. Rossomando was inducted into the magazine Incisal Edge Innovators Hall of Fame.

His research has focused on developmental and molecular biology and during his research career federal agencies, states agencies, international organizations, philanthropic organizations, private industry, and private individuals have funded his work. He has published more than 100 papers in peer-reviewed journals, authored or edited three books, and lectured at numerous universities in the United States and in Europe, Asia and the former Soviet Union. He has been a member of several journal editorial boards and has organized and participated in numerous symposia, conferences, and workshops. He holds a patent for monitoring biochemicals in body fluids including the gingival crevice and saliva and has been involved in the formation of several companies. He has been active in promoting research activities of undergraduate dental students. In 1980 he founded the Dental Student Research Society at the School of Dental Medicine, and he was the first PI on a NIDCR grant to support dental student research. 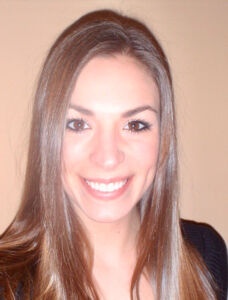 Mrs. Mia Cassell is the Executive Director of the Center for Research and Education in Technology (CRET) and has worked with CRET since 2014. She works as a collaborative liaison between the dental universities, dental industry, and CRET internal operations; including working closely with the CRET board and membership services. Mrs. Cassell has overseen the establishment of three of the five CRET Innovation Center (IC) Awards. Her innovative work ethic has developed new programs such as Student Forums, Expos, Virtual Education, and the CRET publishing company.

Mrs. Cassell practices as a dental hygienist in a Connecticut private practice. As a clinician, preventative specialist, and periodontal therapist she brings a fresh perspective to dental education and industry. Mrs. Cassell has volunteered at several of the annual Connecticut Mission of Mercy Free Dental Clinics and is a member of the American Dental Hygiene Association.

Before entering the dental field she worked as a laboratory scientist at a biotechnology company producing transgenic corn via tissue cultures, DNA transfer protocols, and greenhouse support. She was one of two in charge of diagnosing and containing all contaminated tissue cultures. As a scientist, she received two awards of recognition for excellence and exceeding responsibilities.

Mrs. Cassell earned a BS in Biology from Eastern Connecticut State University, an AS in Dental Hygiene from Tunxis Community College, and is certified to administer local anesthesia. While at Eastern, she conducted team-oriented marine biology research in the Bahamas, and independent research in Costa Rica by designing and implementing innovative research on hummingbirds. She received the Clinton Roberts Foundation Scholarship, and the Dorothy Jean Memorial Scholarship for oral health advocacy and community. Mrs. Cassell was also awarded the Dental Hygiene Faculty Recognition Award for distinguished clinical skills and teamwork. 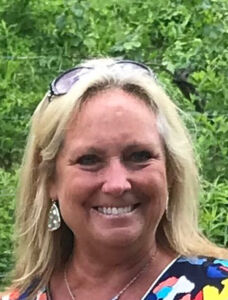 Ms. Eileen Emery earned an Associate in Science in Dental Hygiene from Tunxis Community College and an Associate of Science in Dental Assisting and Office Management from Mount Ida College. She has assisted in the dental field since 1981 in orthodontic, endodontic, and general practices. As a RDH she has practiced in periodontal and general practice.

Ms. Eileen Emery joined the Center for Research and Education in Technology (CRET) in 2018 as the Administrator of the Innovation Center (IC) Operations. After working 38 years in Connecticut she made the move to Manteo, NC to be closer to her son and is presently working full-time as a dental hygienist at Peele Family Dentistry in the Outer Banks, NC. 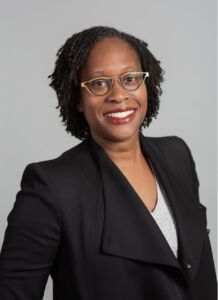 Ms. Quinn Edwards is the Assistant to the President for the Center for Research and Education in Technology (CRET) and began working with CRET in 2022 . Her responsibilities include coordinating ongoing dental educational programs, organization of virtual meetings, management, and oversight of three CRET Innovation Centers and developing and implementing new programs. Prior to joining CRET, Ms. Edwards served as a Senior Executive Assistant in the research healthcare industry providing support to C-level executives and Board members. During this role, she was also the leader of the New Hire Onboarding program implementing new ideas for onboarding while providing a smooth onboarding experience for new staff members during their 90-day probation periods while getting them acclimated on the ins and outs of the company.

Ms. Kyrstyn Jenkins is the Associate Director of Marketing for the Center for Research and Education in Technology (CRET) and has worked with CRET since 2021. In this role she helps implement new programs, coordinates dental education programs, and assists with CRET Innovation Center oversight. Ms. Jenkins earned her Bachelor of Science in Biological Sciences from the University of Connecticut and will soon be attending graduate school.

Ms. Jenkins has much experience in regulatory and organizational roles as her position at a senior home care agency evolved from receptionist to administration, and responsibilities such as Human Resources and auditing were part of her day-to-day. Prior to joining CRET, Ms. Jenkins gained experience in two behavioral neuroscience (BNS) labs, one studying the effect of addictive substances on memory function and motivation, and the other using animal models of Parkinson’s disease, depression and schizophrenia in drug development trials and neurochemistry runs. She was in a senior position in the human BNS lab, granting her the opportunity to present in a nanosymposium at the Eastern Psychological Association conference and as a poster at the Society for Neuroscience conference.

Since graduating, Ms. Jenkins has held a position as a lead research assistant in a clinical trial lab at UConn which has broadened her professional and research experience as well as allowed her to lead and make decisions regarding participant intervention both in practice and in IRB submission and review. She is also a case manager for a second trial, and a weight loss coach for a third. Ms. Jenkins has become an integral part of data querying, collection, and analysis for the trials which has given her invaluable experience in study follow-through and further enhanced her organizational skills

CRET Wants To Hear From You!

Copyright © 2004 – 2022 | Center for Research & Education in Technology | All Rights Reserved
Copyright Notice:
The content within this website is protected by U.S. and International copyright.
Reproduction and/or distribution of any text, imagery, and its likeness without the expressed written permission and consent of CRETDental.org / The Center for Research & Education in Technology is strictly prohibited.